REPORT OF THE EUROPEAN GASSHUKU 2018

This year the Hyoho Niten Ichi Ryu European seminar (HNIR Gasshuku) was held for the first time in Italy, in Foligno from 8th to 12th August.  It was organized by Inyokai Dojo under the direction of the Italian head of the HNIR, the undersigned Lorenzo Ricci.

Operation started on August 7th when the soke arrived in Rome and I and my father, Ricci Gino, went to pick him up to take him to Foligno: the afternoon was spent with a tourist visit to the historic center of the town and the abbey of Sassovivo.

The seminar’s official opening was on August 8th at 9.00 am with the speech of the sport’s alderman of Foligno town to welcome all of us and from here on there were five days of intense technical work. As usual, the morning lessons started with Kiri Otoshi and Sassen exercises after which the technical program, under the soke’s direction, covered the first two sword series of the school: Itto and Kodachi seiho. 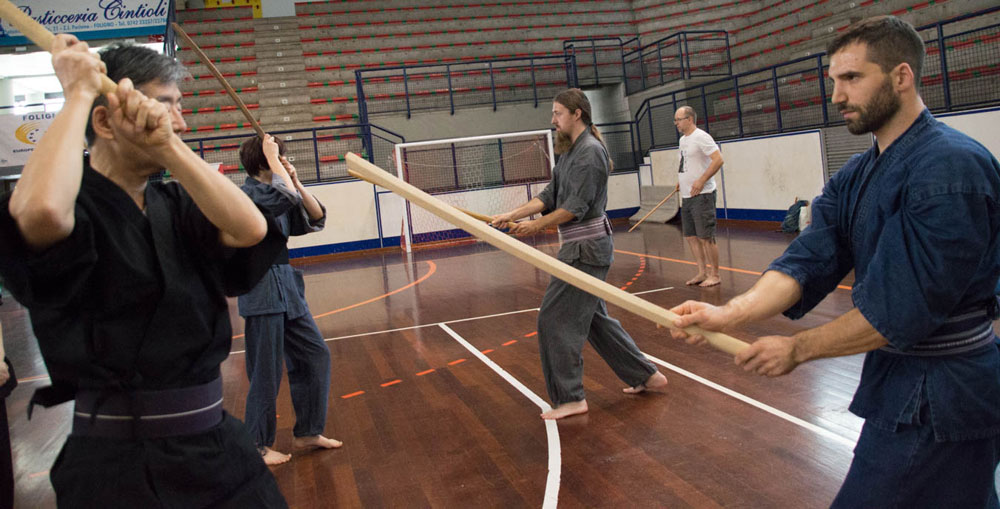 In order to make new students aware of the spirit that should animate the school, the sword technics often have been run changing partner so that even beginners could practice with the most advanced, with the intention that by the end of the seminar everyone was able to practice with all the others. 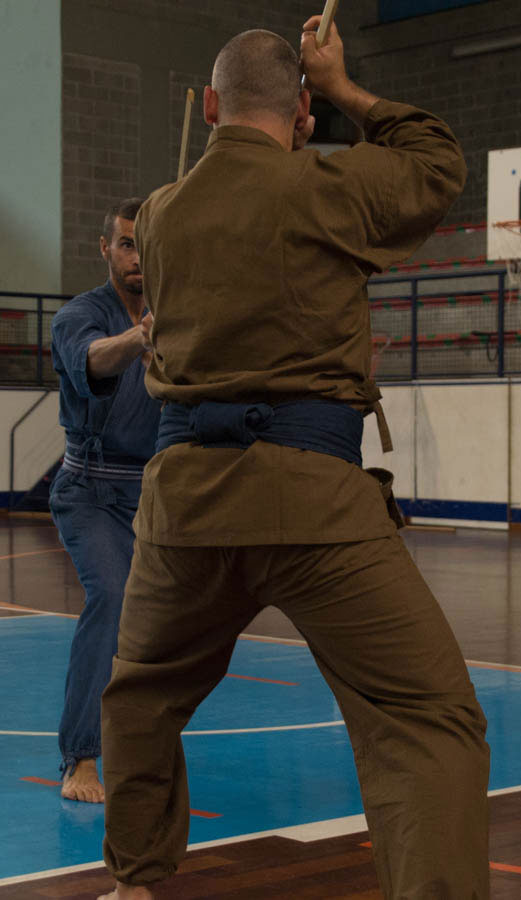 During the afternoons the program included “free keiko” or a training program freely decided by each student and always supervised by the soke: in this way we could also review the third set of kata with the two swords, Nito seiho and part of Bo seiho.

Ample time was given to technical questions to which soke always answered in an exhaustive way thanks to the interpreter’s help, Sakura Ono, who translated the soke’s teaching from Japanese to English and viceversa on the questions addressed to him.

The seminar was held indoors within the Foligno sports hall, with wide space for practice but not without a hot climate­­ that pushed many of us to enjoy a little cool in the swimming pool during the lunch break.

On the first seminar’s evening all the participants were invited to my house to enjoy the Welcome Party: the weather forecasts predicted thunderstorms but in the end everything went well, with the party that took place in the garden. It was an opportunity to present each national group to others and the evening ended with questions and answers between soke and students of which a special interview will be published separately.

During the second evening took place the national representatives’ meeting and Saturday 11th the Sayonara Party was held in a typical winery of the area in the middle of vines and olive trees. it was an opportunity to have a last night together tasting some good wine.

On the last seminar’s day there was an embu during which each participant was able to demonstrate the work done during the gasshuku followed by the traditional photo group. In the end the soke handed the participation‘s certificates.

The next day was the opportunity for soke to visit the Umbrian sites near Foligno: Bevagna, a small medieval town, and Assisi, the birthplace of San Francesco, rich in history, churches and hermitages. The day before soke left for Japan we visited Rome, the Colosseum, the Vatican City with the wonderful ”pietà di Michelangelo” and we walked for miles along the streets of the city. 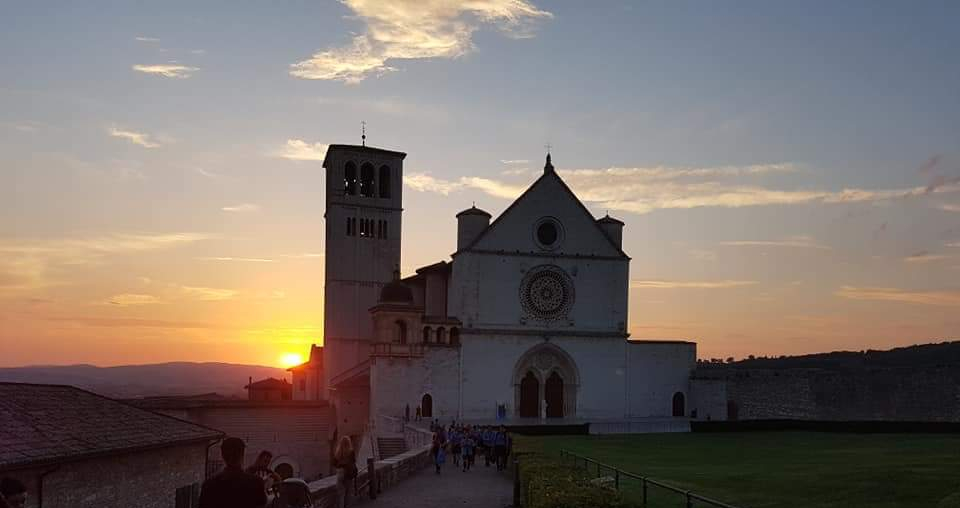 To finish I’d like to thank my whole family for the support before and during the whole gasshuku and without which it would not have been possible to organize the seminar in this way.

Thanks also to the Italian group and in particular to Alessio Repetto, the north-west Italy group leader, for the precious help in organizing the seminar and to the interpreter Sakura Ono, for the hard work of translation, sometimes protracted until late at night.

Lastly a heartfelt gratitude to Takanori Kajiya soke for his patience and wonderful teaching as usual and to all the participants who helped to strengthen the bonds in our HNIR family and to make this first italian seminar memorable.